Or as we prefer: Q&A:HCMC

A quick guide to Ho Chi Minh City. Or, as I prefer, Saigon in 60 seconds.

Before visiting Vietnam, my mind was preoccupied with questions about this esteemed land, which bears the striking trait of being both immensely famous and entirely mysterious at the same time.

To put your mind at ease, so you can know before you go, here are the key questions you need answering about Vietnam and Ho Chi Minh City, or Saigon as it was formerly known.

This is exactly the type of juicy travel-slash-lifestyle blogging information you come for, so I’ll serve it right up to you, no delays.

Vietnam is communist (who knew!) and has been since 1976. The communist party is the only political party allowed in Vietnam. For a communist country they have a rather buoyant market economy, however, having embraced the market as a means to better the lives of the people, and believing that having a market economy is not necessarily capitalist, which is actually rather neat. The main practical effect of this you’ll see as a visitor is that some market stalls and shops have a fixed price and are staffed by calm, quiet people in blue uniforms. All the rest are staffed by friendly maniacs who will drag you bodily into their huge mounds of coffee to get at your dong (the local currency). Feel free to pick your preferred approach.

Fun fact: despite being the only party, the communists only have a paltry 95% of the seats in the government, which seems careless.

Pho, the fabled noodle soup, is pronounced via the following two step guide:

You can find a good Pho on any street corner in Ho Chi Minh City. We enjoyed Pho Phuong near the canal, where a whopping bowl of piping hot broth – the perfect way to warm up in a 35 degree, non-air conditioned room – stuffed with your selection of beef bits, along with herbs, onions, beansprouts and noodles set us back 55,000 dong, or about 1.50GBP.

Q: What is that buzzing sound?

That is a swarm of motorbikes, the apex predator of Ho Chi Minh City. You can expect to find motorbikes everywhere, passing at incredible speed. On the road, on the pavement, in a shop, in your hotel room. Crossing the road is less daily routine than contact sport.

You simply walk into the road at a steady pace on constant bearing, and hope they flow around you.

You are a pebble in a stream, or more accurately a Ryvita in a rock slide. 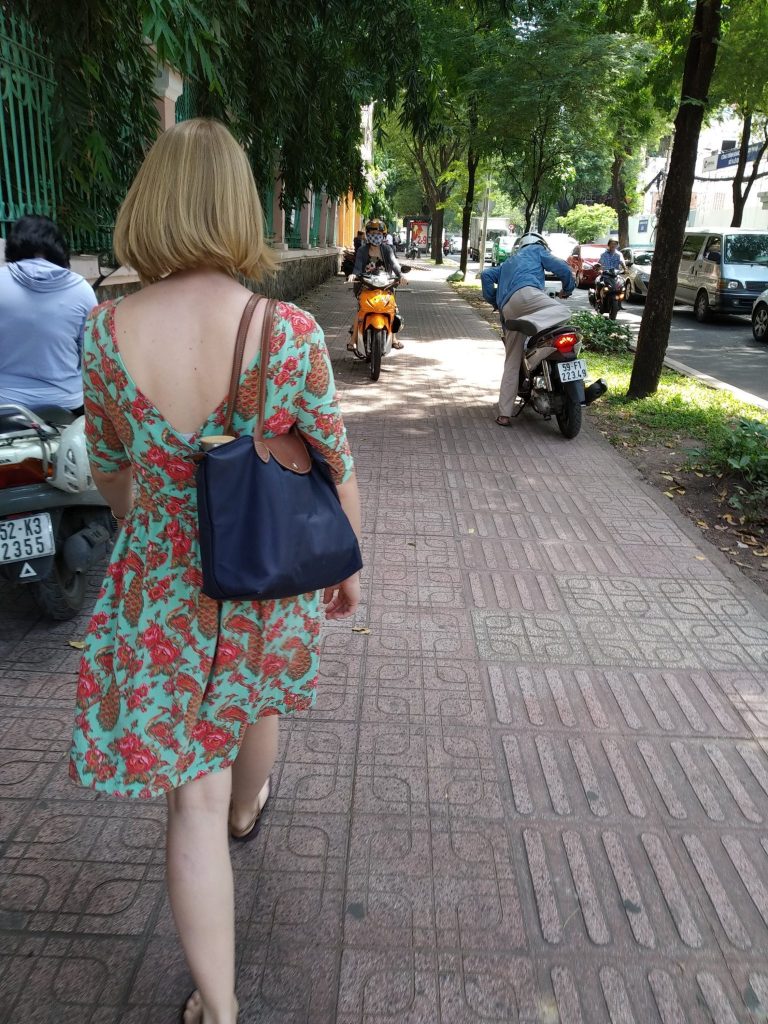 Q: So, that business with the Americans…

A good, and highly sobering, place to start to learn about the Vietnam War is the War Remnants Museum in District 1. They do not hold back on the realities of the conflict in full, gory detail, and while the narrative is a little propaganda-heavy you can certainly see the impact that American tactics and weapons had (and still have) on the country. It’s very much worth seeing.

Most informative and the best day out was a trip to the Cu Chi tunnels, around 60km from Ho Chi Minh City.

On our tour with Asiana Link Travel (highly recommended at just 550k dong (15ish quid) including a full day trip with a great guide, and food) we visited the tunnels where the Viet Cong would hide, fight and move between villages. Originally built to stave off the French in the 50s, when the Americans came it expanded to some 250 km of hand dug tunnels in what can only be described as concrete soil. You can go into the tunnels themselves and they are tiny, sweltering and dark – it’s difficult to imagine people spending hours or days down here.

It’s also a technical marvel in that they managed to create a massive, connected and strong tunnel system with bomb shelters, smokeless kitchens, invisible ventilation and a host of other cunning tricks.

It’s really worthwhile to visit even if it’s a little touristy. There’s also a shooting range if you want to fire an AK-47 over ground where thousands of people died. Up to you.

Q: What’s in that sandwich? 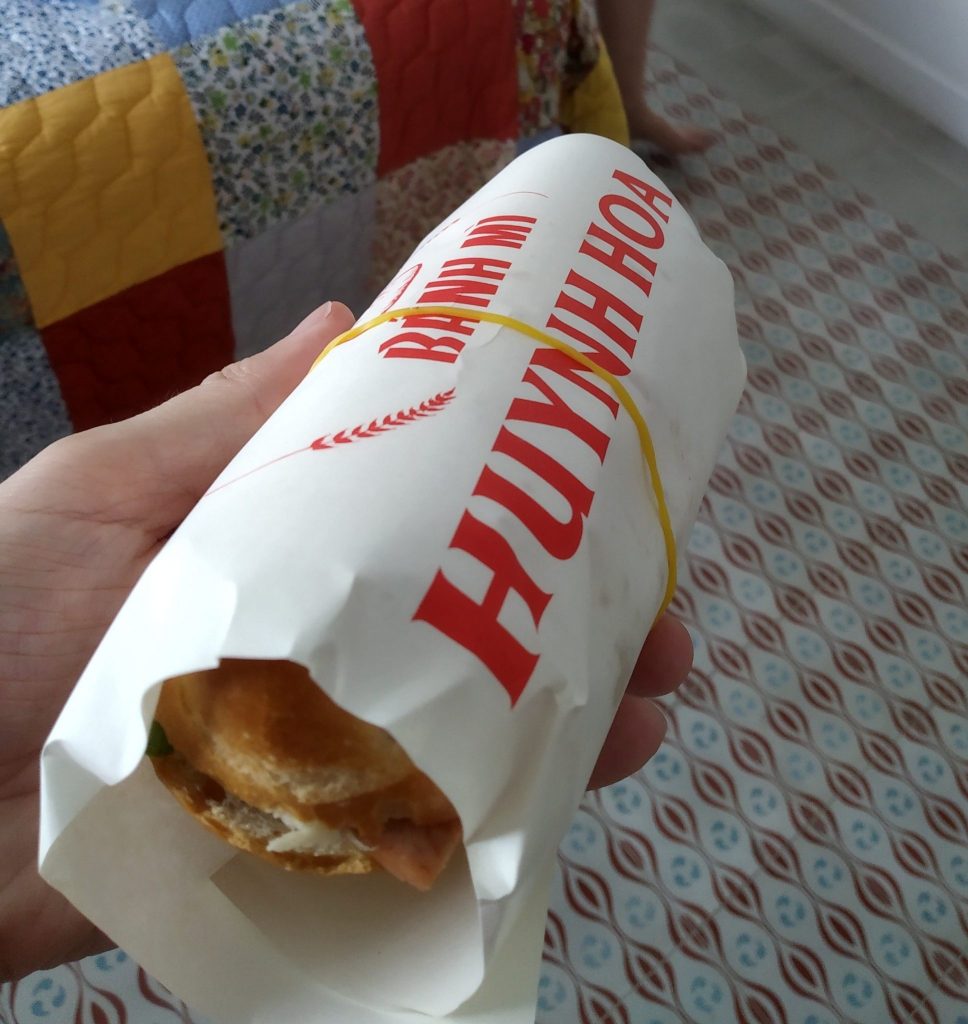 He worked in a pub in Ealing and then started a revolution, obviously.