Update Feb 2019: Air pollution in Bangkok has become a pretty regular discussion point here for the last few months. Whilst there are good and bad days, it’s now commonplace to wear masks outside to cut out the dangerous stuff. There has been quite a lot done locally to try to counter the issues. Actively smoggy vehicles are pulled off the road, construction sites and factories are under closer scrutiny, and there seems to be more in the pipeline.
That said, the forecast is mixed for the next couple of months. People in Bangkok have become much more aware of air quality and are taking steps themselves to protect against toxic dust. Air Visual has a great app for keeping tabs on it, while StyleSeal Masks produce a good range of comfy and well-tested masks which in our experience are a lot more bearable than some of the 3M range.

“Ah – the fresh, clean air of Bangkok in your lungs. Nothing beats it”

Air pollution in Bangkok is a brand new phenomenon for us.
We’ve just moved into Bangkok after 18 million years of living on sofas, hotel rooms and the charity of strangers in various locations. Our condo is rather swish (we have two toilets), and even better it’s on the 28th floor, offering magnificent views of the urban sprawl of Bangkok. On a good day, it looks a bit like this: 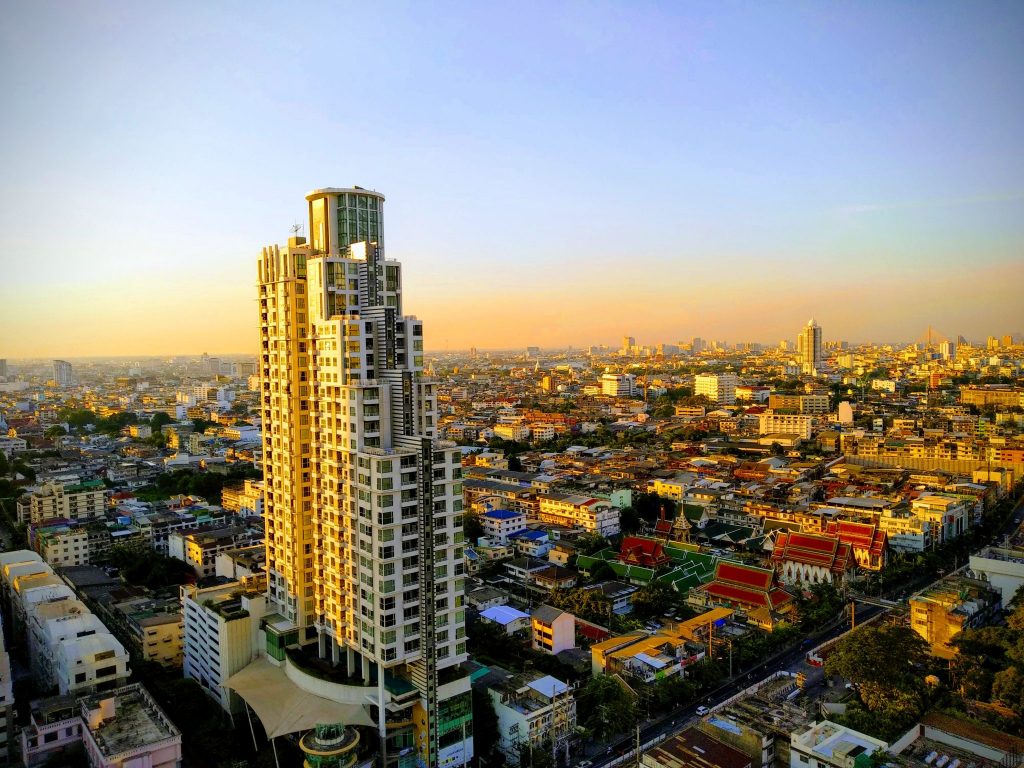 An at night it’s quite pretty as well:

In the last few days, however, and months ahead of schedule, the fabled Bangkok Smog, also called haze, has arrived in all its horrifying glory.
Air pollution in Bangkok is not surprising. Bangkok is heaving with traffic – Bangkokians love an internal combustion engine – there are about four trees in total, everything is under construction and the ubiquitous buses leave a permanent trail of black smoke behind them like a bad version of the Red Arrows. That’s before you add in the factories and the penchant for burning agricultural waste from upcountry.
So our view has transformed from the highly Instagram-friendly scenes above, to the highly lung-unfriendly scenes below:

Here in moody black and white: 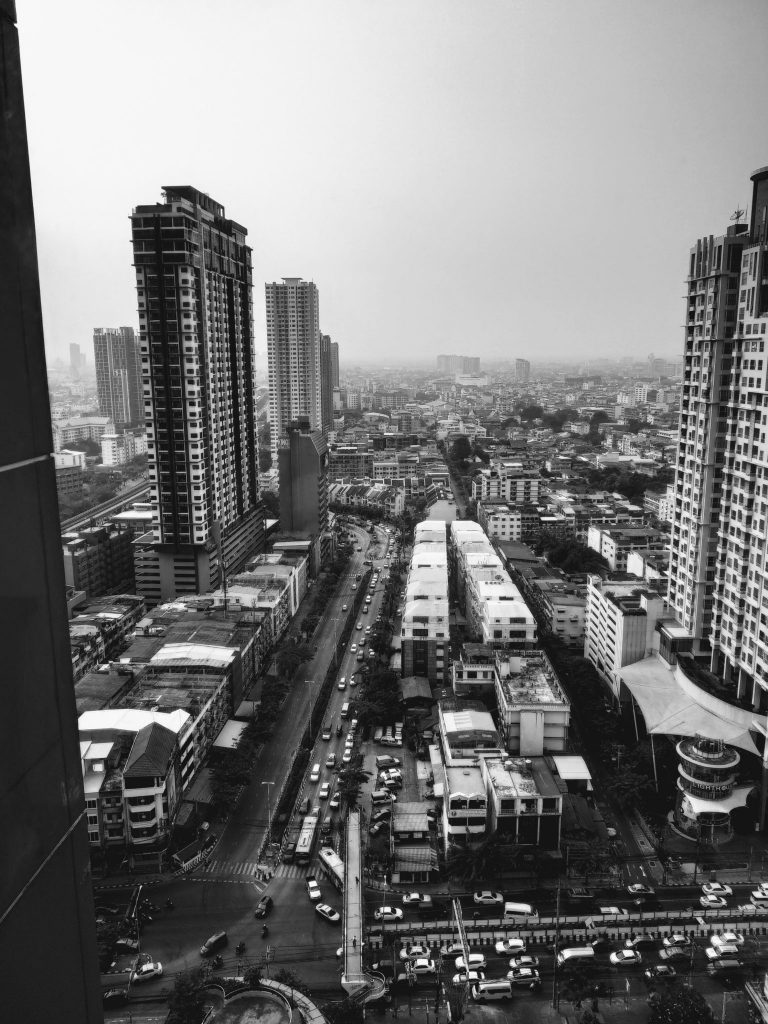 And here in glorious panorama:

Apparently this is all being caused by a lack of wind and a particularly dry period. Rain usually gets rid of it – although presumably it just goes elsewhere as opposed to being completely purified by water. Either way it’s not particularly pleasant.
As a formerly puny asthmatic child and currently puny non-asthmatic adult, my lungs are quick to voice their displeasure. There’s definitely a faint taste of diesel on the breeze, which adds a certain je ne sais quoi to daily life.
The local air quality index is wildly pessimistic – anything under 50 is ‘good’, and when I looked yesterday it was 214, euphemistically listed as ‘Unhealthy’ by the official definition. When we get to the actual haze season in March/April they will probably have to introduce another level called ‘Run!’.
Thankfully there is helpful advice on avoiding health risks – stay indoors. This is somewhat challenging when it comes to working, eating, staying alive etc but we’ll push through (and pray for rain).
On the plus side, it’s scheduled to clear up after today, at which point I’ll forget all about this and abandon my plan to buy an industrial gas mask.
Merry Christmas!